The Prince Edward Island Pharmaceutical Association celebrated its centennial in 2005.

This dual role remained the same until 1983 when the PEI Pharmacy Board was formed. This allowed for the separation of licensing issues from the economic issues of the profession. It was professed to offer more protection for the public. The Association has since focused its activities on the economic interests of pharmacist members, professional promotion and advocacy, professional insurance, as well as continuing education and other member benefits.

Some interesting facts, taken from the original minute book of the Association, include:

Our name has changed, but our dedication to the profession of Pharmacy in Prince Edward Island is steadfast! 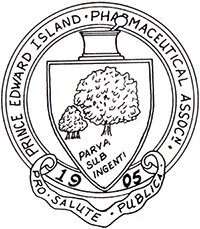